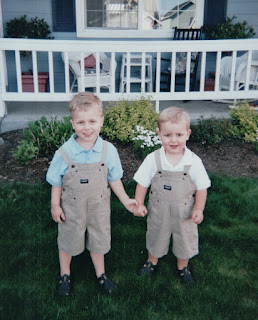 Our two boys get along about 99% of the time.  Being only 17 months apart that could go either way I suppose. Thankfully, they have been buddies every since they were little.  I heard once from a wise woman to start telling your children things like: "Isn't it great that God chose you two to be brothers and such good friends!"... Genius!!   I think it helps also that they have different temperaments.  Our youngest being the silly one provides a lot of giggles for the older brother who is more quiet and analytical.  The older one being respected greatly by is younger who does whatever he does. 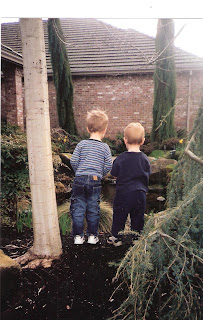 When they were little around age 2 and 3, people would mistake them for twins.  That was a comment that I liked to hear, yet always brought back sadness of the one we lost. The twin of the oldest son, the one we have to wait to meet, the one who we wonder is a he or she and wish we could have met.  I have always thought it was a she.  But joy soon took hold of my sadness when I saw how God provided and filled the void with a younger brother who was a perfect fit for us all and especially for his big brother. 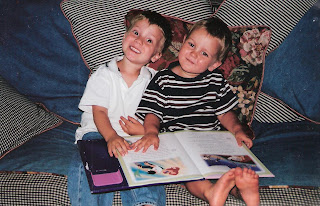 The 1% of time that they don't get a long is usually because of poor communication, someone not answering the question or someone not helping with cleaning the room.  The analytical one doesn't like how the "free spirit" cleans the room.  But being mad only last a little bit as they are easy to forgive one another and quick to get back to playing and pretending unless of course one of them leaves an unfriendly reminder on the other's back.  That thankfully only happened once. 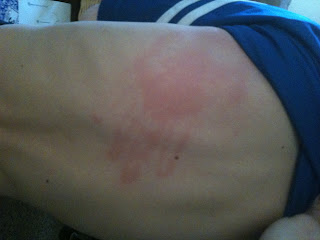 I hope they are always close and always eachothers best friend. At one time they wanted to open a pizza parlor together one being the cook one the manager which I can guess who would do what.

They have slept in the same room since they were in cribs. They still sleep side by side in their L- shaped loft beds, and I often wonder what they're talking about as the giggle and chat at night. They always pool their money together to get bigger purchases and Birthdays are double the pleasure as the one not opening the gifts is still just as excited for new toys to share. They have the same friends and like the same things. The only difference is the younger one has passed the older one in height and girth. I don't know what one would do withouth the other, I never want to know. 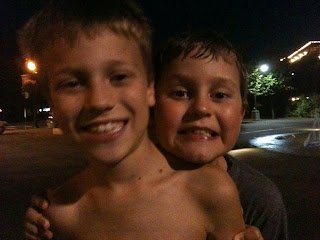 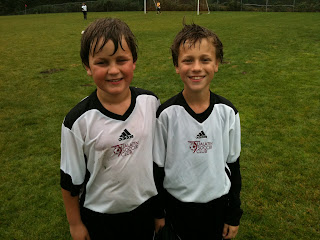 Posted by Courtney Spears at 8:38 AM