I worked out today and took a CLASS!!!

So I was handed THIS over of the weekend.. a gift from my husband.. I'm not offended, I deserve it I have been slacking and eating like a school girl at a slumber party since November. 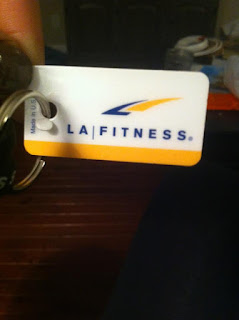 I hate taking classes!! I don't know if it's the awkward feeling of not being able to do the moves OR the giant mirrors that show me how ridiculous I look trying!!
This is the first class I took,  the hot pink instructor woman is thankfully my friend which when taking a class from a friend, for some reason it's a little harder to cheat.. I did anyway because my biceps were on FIRE! and that was even when I DIDN'T have hand weights!
So she teaches using those big round Balls of destruction.. which I've been afraid of since late 98' when I rolled off funny and hurt by back.  But I suppose that injury is long healed.
I was excited to finally balance on it!!  Apparently the Master move of core strength.. only to find out, after I could balance no more,  the ball was resting in a hold ring!  So I really wasn't balancing at all. boo.
Why did it seem while laying on the ball, that mine was the only ball that took on a very flat lentil bean like shape? Oh well, that was OK because I knew all the words to "Let's Get Physical" playing overhead. 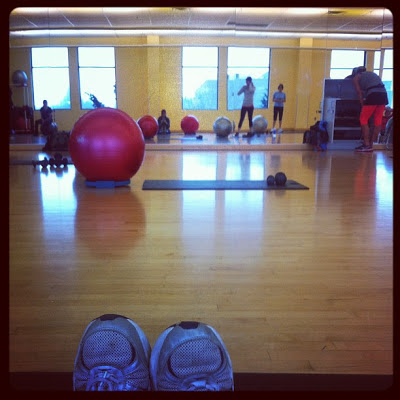 Posted by Courtney Spears at 1:56 PM